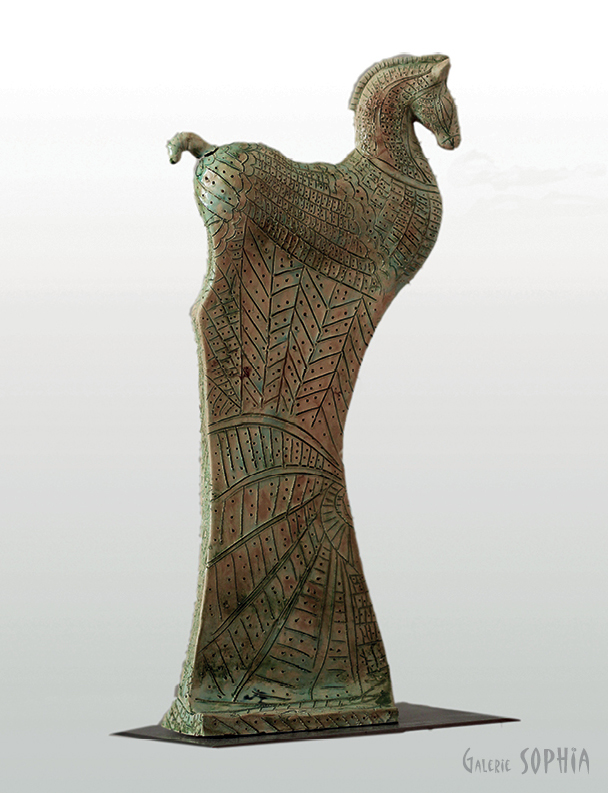 Caspian horse is a small horse breed native to Northern Iran. Although its original height probably ranged between 9 and 11.2 hands (36 and 46 inches, 91 and 117 cm) it is termed a horse rather than a pony because, size apart, it has much in common with horses in terms of conformation, gaits and character. It is believed to be one of the oldest horse or pony breeds in the world, descended from small Mesopotamian equines that, in competition with larger animals, had faded from attention by the 7th century AD. They were brought to public notice again when rediscovered in 1965 by Louise Firouz, an American-born breeder of Iranian horses living in Iran. In 2011, the remains of a horse dating back to 3400 B.C.E. were found at Gohar Tappeh, Iran, giving rise to claims that the Caspian is the oldest known breed of domestic horse that still exists. It is also called Khazar Horse, after one of Caspian sea’s native names in Iran. 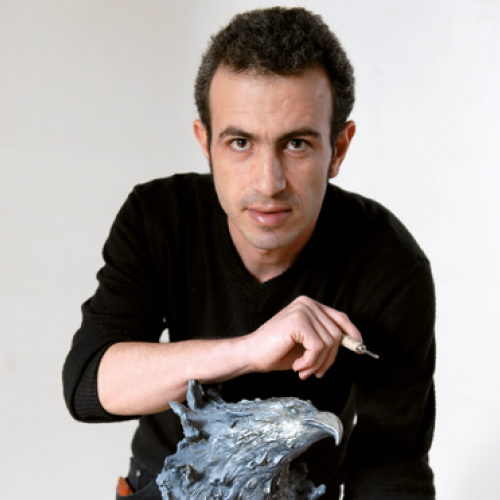 Nasr Azarmehr was born in Isfahan (Iran) in 1977 into an artistic family. His father, mother and grandfather were all artists, art runs through his genes.

Nasr Azarmehr was born in Isfahan (Iran) in 1977 into an artistic family. His father, mother and grandfather were all artists, art runs through his genes. Nasr studied the history of art at Teheran University from 2002-2008. He taught at Teheran and Isfahan universities from 2007 – 2011. He combined his teaching with restoration work arranged via the central state organisation in Iranian museums.